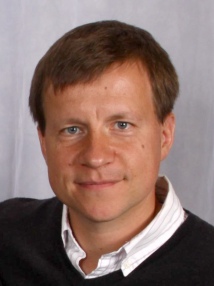 How neurons achieve selectivity and invariance in representation of complex natural stimuli remains poorly understood, in part because standard statistical tools only identify one or two features of stimuli but not complete sets. In this talk, I will show that a set of multiple distinct acoustical features exists in individual auditory neurons in songbirds and that, depending on the stimulus and network state, each neuron can switch between AND-like operations for selectivity and OR-like operations for invariance. This flexibility contrasts with the fixed mapping of computations to neurons in classical pattern-recognition algorithms, but accords with neural-circuit models incorporating divisive normalization. I will then show that an unsupervised neural network trained on birdsong and constrained by two common properties of biological neural circuits, sparseness and divisive normalization, rediscovers the same stimulus features observed in vivo. These results demonstrate that individual high-level auditory neurons respond not to single, but to multiple features of natural stimuli and that they act as flexible logical gates operating in a high dimensional feature space. This property enables a robust, statistically optimal, representation of complex, real-world signals such as birdsong, speech or music. 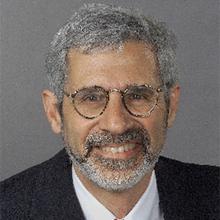 An Overview of HIV Modeling: How Mathematics has helped Save Millions of Lives

Dr. Perelson will provide a brief overview of the field of HIV modeling and illustrate how modeling has revealed important insights into HIV pathogenesis and treatment.  In the later part of the talk, he will summarize where we are with respect to curing HIV and show how nonlinear dynamics may play an important role in understanding whether an infected person can control HIV infection without treatment.

Alan S. Perelson has B.S. degrees in Life Sciences and in Electrical Engineering from MIT, and a Ph.D. in Biophysics from UC Berkeley. He has been an Acting Assistant Professor of Medical Physics at UC Berkeley, an Assistant Professor of Medicine at Brown University, and Group Leader of the Theoretical Biology and Biophysics Group at Los Alamos National Laboratory (LANL). He is now a Senior Fellow at LANL, an external professor at the Santa Fe Institute, and adjunct professor of Bioinformatics at Boston University, an adjunct professor of Biology at the University of New Mexico, and an adjunct professor of Biostatistics at the University of Rochester, School of Medicine. He is a member of the American Academy of Arts and Sciences, a fellow of the American Association for the Advancement of Science (AAAS), a fellow of the Society of Industrial and Applied Mathematics (SIAM) and a fellow of the American Physical Society (APS). He also is the recipient of an NIH MERIT Award and the 2017 Max Delbruck Prize in Biological Physics. He has published over 500 articles that have been cited over 50,000 times. His research focuses on developing models of the immune system and infectious diseases, such as HIV, hepatitis C and influenza. 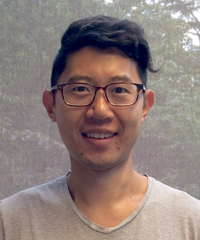 Lipid rafts are hypothesized to facilitate protein interaction, tension regulation, and trafficking in biological membranes, but the mechanisms responsible for their formation and maintenance are not clear. Insights into many other condensed matter phenomena have come from colloidal systems, whose micron-scale particles mimic basic properties of atoms and molecules but permit dynamic visualization with single-particle resolution. Recently, experiments showed that bidisperse mixtures of filamentous viruses can self-assemble into colloidal monolayers with thermodynamically-stable rafts exhibiting chiral structure and repulsive interactions. We quantitatively explain these observations by modeling the membrane particles as chiral liquid crystals. Chiral twist promotes the formation of finite-sized rafts and mediates a repulsion that distributes them evenly throughout the membrane. Although this system is composed of filamentous viruses whose aggregation is entropically driven by dextran depletants instead of phospholipids and cholesterol with prominent electrostatic interactions, colloidal and biological membranes share many of the same physical symmetries. Chiral twist can contribute to the behavior of both systems and may account for certain stereospecific effects observed in molecular membranes. 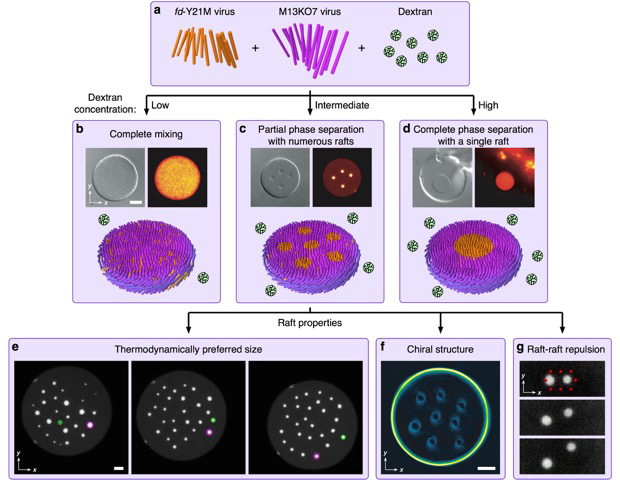 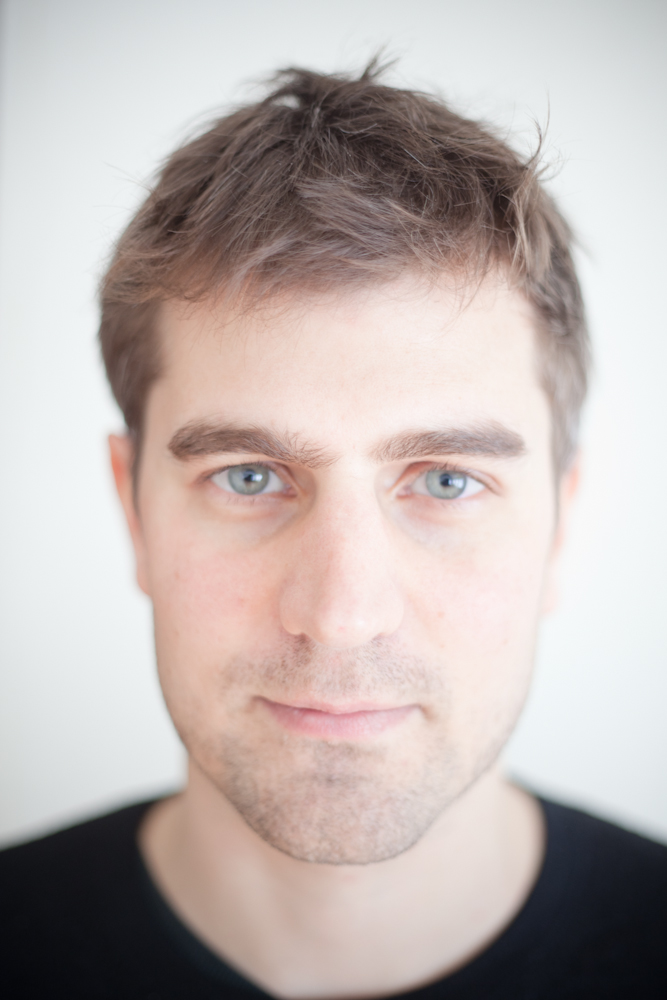 Abbstract: Cell membranes are one of the fundamental hallmarks of life. For many of their biological functions, cell membranes rely on the collective properties of lattices of interacting membrane proteins. Here we explore the general physical mechanisms and principles underlying supramolecular organization and collective function of membrane proteins, based on three model systems: (1) We show how the interplay between protein-induced lipid bilayer curvature deformations, topological defects in protein packing, and thermal effects can explain the observed symmetry and size of membrane protein polyhedral nanoparticles; (2) We predict that the observed four- and five-fold symmetric states of mechanosensitive ion channels yield characteristic lattice architectures of channel clusters, with distinctive collective gating properties; (3) We show that lipid bilayer-mediated elastic interactions between chemoreceptor trimers provide a physical  mechanism for the observed self-assembly of chemoreceptor lattices, and may contribute to the cooperative signaling response of the chemotaxis system. 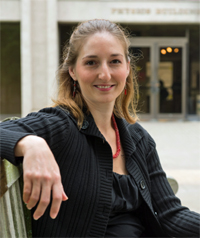 The physics of collective cell motility

Over the past 20 years, active matter models have been developed to explain the behavior of a wide range of nonequilibrium systems where agents inject energy at the smallest scales. An interesting open question is how useful these simple models are for modeling the collective behavior of eukaryotic cells. I will show that even at the lowest densities, standard self-propelled particle models do not capture the behavior of most cell types on 2D substrates, and discuss several model extensions that do capture the observed behaviors. I will then discuss several models for the behavior of motile cells at high densities and describe some of the interesting and biologically relevant features that show up in these systems, such as "swim pressure", cellular streaming, segregation, and fluid-solid transitions. 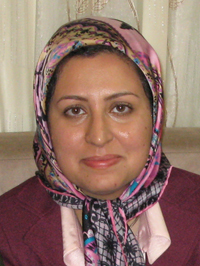 Dynamics of Neocortical Transverse Micro-electric Fields and Their Ephaptic Coupling

Abstract: Neocortical neurons have extensive dendrites that predominantly arborize in the transverse direction and hence could be influenced by local, transverse micro-electric fields (TMF), parallel to the dendritic plane. While the effect of perpendicular electrical fields has been investigated, the TMF have not been studied. Here we measured neocortical TMF chronically in drug free rats in vivo using tetrodes. The four tips of tetrode were ~20um apart, yet TMF across the tips could reach 10mV/mm. The TMF measured between two of the electrodes was largely independent of the TMF measured across the other two tips indicating the extremely local and inhomogeneous nature of TMF. During slow wave sleep TMF was weakly correlated with the local field potential (LFP). Multiunit activity was strongly correlated with the TMF. Further the magnitude of TMF during Up transitions of slow wave sleep was highly predictive of the latency to spiking in that Up state. These results elucidate the dynamics of neocortical transverse micro-electric fields, and their recurrent, ephaptic coupling with spiking activity. 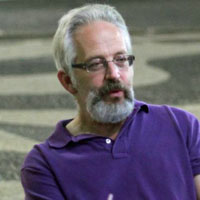 An abstract of his talk is forthcoming. Mechanical synchronization of active beating within and between cardiomyocytes

We present theoretical models and predictions of how mechanics due to elastic interactions in actively beating heart cells can lead to synchronization of beating both within single cells and between nearby cells. Our research is motivated by recent experiments that show a correlation between the registry of adjacent muscle fibers and the beating strain of a single, embryonic cardiomyocyte and others that show how a mechanical probe can “pace” the phase and frequency of a nearby heart cell. The theory is generic and analytical in nature and focuses on the role of elastically mediated interactions of oscillating, active force dipoles in these cells. For the single cell, the theory successfully maps the registry data to the strain data.  Similar ideas are used to predict the conditions under which an oscillating mechanical probe will or will not “pace” the beating of a nearby heart cell. 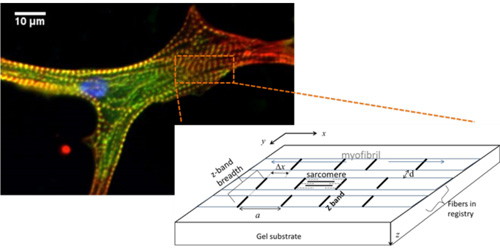 Abstract: Hearing starts when sound-evoked mechanical vibrations of the hair-cell bundle activate mechanosensitive ion channels, giving birth to an electrical signal  As for any mechanical system, friction impedes movements of the hair bundle and thus constrains the sensitivity and frequency selectivity of auditory transduction.  We characterized friction by analyzing hysteresis in the force-displacement relation of single hair-cell bundles in response to periodic triangular stimuli.  We found that the opening and closing of the transduction channels produce internal frictional forces that can dominate viscous drag on the micron-sized hair bundle.  A theoretical analysis reveals that channel friction arises from coupling the dynamics of the conformational change associated with channel gating to tension in the tip links that interconnect neighboring stereocilia of the hair bundle.  As a result, varying channel properties affects friction, with faster channels producing smaller friction.  Friction originating from gating of ion channels is a general concept that is relevant to all mechanosensitive channels.  In the context of hearing, this intrinsic source of friction may contribute to the process that sets the hair cell’s characteristic frequency of responsiveness. 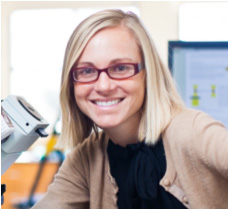 Biology naturally produces a wide range of polymers that are often forced to function in highly entangled and crowded environments within the cell. Such entangled networks display complex and intriguing viscoelastic properties similar to those we find in the squishy materials in and all around us. Our lab uses single-molecule microscopy techniques to elucidate the molecular mechanics underlying the complex viscoelastic properties of entangled and crowded networks of two ubiquitous biopolymers, DNA and actin. Specifically, we use optical tweezers to push and pull microspheres through these networks and measure the force the biopolymers impart on the spheres in response to the microscale strains. We also use fluorescence microscopy to track biopolymer diffusion in these systems to reveal a range of steady-state transport properties and conformational dynamics. By combining these methods, we also track macromolecular deformation imposed by microscale strains. I will discuss three of our recent experiments that highlight these techniques and reveal the fascinating impacts of molecular flexibility, topology and level of entanglement or crowding on biopolymer transport, conformation and nonlinear response to strain. 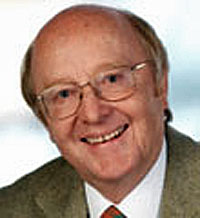 Making sense of senses: The clever "design" of spider mechanoreceptors

Abstract: Spider sensors responding to different forms of mechanical energy are chosen to illustrate the power of evolutionary constraints to fine-tune the functional “design” of animal sensors to the specific roles they play in particular behaviors. The application of computational biomechanics and the cooperation between biologists and engineers demonstrate that there are remarkable “technical” tricks to be found by which spider tactile sensors, airflow sensors, and strain sensors are adjusted to their biologically relevant stimulus patterns.  The application of such “tricks” to technical solutions of measuring problems similar to those of the spiders seems both realistic and promising.